The Silver Lining to the Cancer Cloud 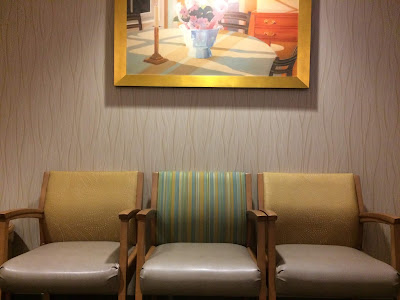 This is a true story. On an October night ten years ago, we sank down on the couch to continue watching The John Adams Story. Our three small children, including the eight month old baby, were tucked into bed for the night. The episode dealt partly with Adams’ oldest daughter, Nabby, who contracted breast cancer as a young woman and later died of it. Watching the depiction of 18th century surgery in sympathetic horror, I instinctively raised my hand to my chest. At the top of my right breast, my fingers felt something hard. Instantly, the thought. “Is that what people mean when they say they felt a lump?”
I continued watching TV in silence. No one does breast self exams during pregnancy and nursing, so it  had been over a year since I last checked. Had the doctor given me a breast exam four months ago at my regular physical? I couldn’t remember. The lump wasn’t painful; was that a good or bad sign? Maybe it was just a blocked duct. I would wait and see for a few days.
During the next week, I surreptitiously checked the lump. No change. Finally, I mentioned it to my husband, a physician assistant. “Um, can you check this out? I thought maybe it was a blocked milk duct, but it’s not going away. What do you think?” Nate palpated my skin, his face serious. “ I think you need to call our doctor and get this looked at right away. Don’t wait anymore. It may be nothing, but with your family’s history, you can’t take chances.” I called that day.
A few days later, in the doctor’s office, she examined me carefully. “Well, it could be a cyst. You’re pretty young to have it be anything else. Is there a family history of cancer?”
Here we go. “Yes, actually, there is. My paternal grandmother died of breast cancer, as did her mother.  Also, a great aunt developed breast cancer, and another had a preventive mastectomy at age 40. She passed away last month of a brain tumor. My dad and his brothers have all had skin cancers removed.  My other grandmother also died of breast cancer in her eighties.”
The doctor typed furiously on her computer, charting my information. “I see. In that case, I want you to have an ultrasound as soon as possible. Then we’ll know what we’re dealing with. Again, it could be a cyst, but let’s get it checked out.”
The next day I headed into the hospital, along with our eight month old son. “You will want to nurse him right before the ultrasound,” the technician told me. “Here’s a room where you can have privacy.” I snuggled his small body against mine as he drank, then wheeled the stroller into the exam room. Later, lying on the table as the scope moved over my chest, I watched the screen. I could see the lump – sizeable, with spiky, irregular edges, like a deformed crab. A warning bell rang deep in my mind.
After the scan, I was left alone while the technician presumably took the results to be processed. I wheeled the stroller up and down the halls. There were few patients about. As I passed staff rooms, I could hear low voices which, (was it my imagination?) became lower as I walked by. Finally, I paused, my baby asleep. Looking out over the hospital parking lot, at the lowering gray November sky, my heart sank. Something was coming that I could barely bring myself to name and could not control. “God,” I prayed. “I think I can get through this, but only if you help me. Help me.”
A few days after the ultrasound, I was back in the hospital for a biopsy and first ever mammogram. I don’t remember much about this, except that the mammogram was cold, and the biopsy needle large. The worst part was waiting over the weekend. By this time, I had already met with an oncologist. A tall man with dark hair and kind brown eyes, he discussed my family history. A nurse coordinator, Kim, was at that appointment too. She gave me a packet of information as I was leaving. “Here,” she said. “You are someone who will go home and look up your symptoms on Google, and there’s a lot of bad information on here. This packet might be more helpful.” No one said I had cancer at that point, but we all knew the signs were there. I read the packet. It was helpful and unnerving - stages, treatment, options, cancer drugs, and chemotherapy side effects. 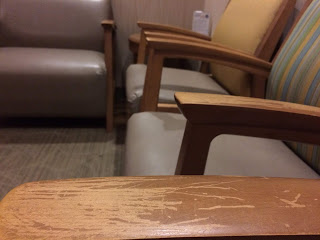 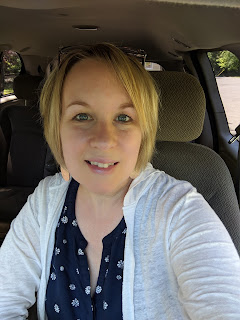 Julia enjoys reading, drinking tea, and traveling. She has learned to like exercise, which surprises her as much as anyone. Currently running a taxi service for her three children, she lives in Lancaster County with her husband and attends a local Mennonite church.
Cancer Health Crisis
The Rock + a Hard Place
This site is a collection of real stories by real people about The Rock in their hard places. It is curated and edited by Kara Ranck, who is a wife and mother of two children living in Pennsylvania. Kara herself has traveled some hard places in life and knows there is hope and power when we tell our personal stories about The Rock, which brings us through. Thank you for joining us here!

Unknown said…
Memories of that time came back as I read this. I remember feeling angry at the cancer and asking God for healing in your body. My mind had raced to think of things I could do to help and I felt so helpless. I then remembered a note you wrote me several years later as I was going through test after test for my unexplained abdominal pain (that ended up not serious) and what a comfort that was. Last year when I was called into the doctor’s office to discuss the results of my recent imaging, I knew it couldn’t be good. It wasn’t. As I lived through non-invasive treatment after treatment and continued to get worse, as I instinctively knew surgery was needed, I thought of that note, of you in my Bodypump classes, your healing, and it gave me HOPE. Thank you, Julia.
June 23, 2019 at 4:18 AM