How to Cope when Your World Changes Instantly 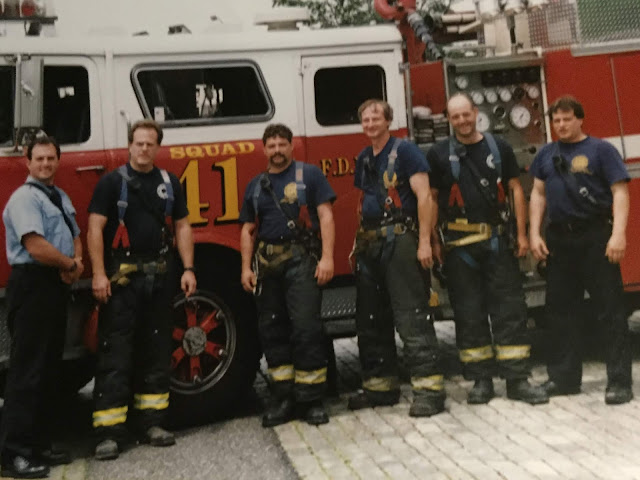 “Your dad is missing.” Up until that point there was still hope that in the chaos of the day my father was busy with work and thus unaccounted for. But as members of the New York City Fire Department (FDNY) left my house on the evening of September 11, 2001, we would just be starting a journey that my sister, mother, and I never expected to be on. 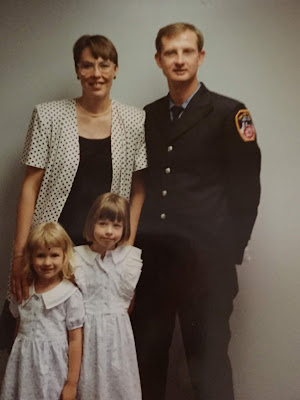 My dad, Bruce Van Hine, was part of FDNY Squad 41 in the Bronx, an elite company whose members have special training in haz-mat, dive rescue, and technical rescue incidents. His entire Squad that day of 5 firefighters and his lieutenant, would be immediately sent downtown when the first plane hit the World Trade Center. My dad, along with 342 other firefighters who responded to the terrorist attack on 9/11/01, would never make it home from their shift.

The nation at that time was in a place of uncertainty, anger, and grief as the reality that almost 3,000 people were killed between the WTC collapse, the Pentagon, and the plane crashing in Shanksville, PA. Over 6,000 people were injured that day and hundreds of thousands of people’s lives were changed forever. The unexpected loss of my dad in the midst of a national tragedy, left me feeling numb, angered, sad, and uncertain.

My mom tells me that for the first two weeks after September 11th I didn’t cry; I barely talked. I just was going through life on “auto-pilot”—eating, going to school, attempting to do homework, trying to have some type of normalcy. In one day, my life had radically changed. I went from the new kid at school, to being the girl whose dad had been killed on 9/11—this is not what I wanted to be known for in high school.

It wasn’t until September 28th when I went to ground zero with the American Red Cross that I started to “feel again.” I remember getting off a boat and stepping into lower Manhattan. It felt like a war-zone. There was a fine layer of dust on everything—everything was gray. What I was seeing in front of me, is how I felt—gray, hopeless, scared, sad. At that time there were still fires burning, there were rescue workers and military everywhere. I stood at ground zero, surrounded by my family and I finally broke down—I cried and cried and cried.

The next day, we had a memorial service for my dad. Over 1,000 people attended as my mother stood in front of surviving firefighters, family, friends, and strangers and talked about God’s grace, love, peace, and hope. My mom opened the service stating that my dad’s life had brought over 1,000 people together and so she was going to use this opportunity to tell people about Jesus and challenge them to think about how fragile life can be and about eternity. We ended the service with the song, “It is well with my soul.”

After that day something changed. What could have been a turning point to go down a road of darkness and despair, turned out to be the release I needed to start and feel again—to start and live again.

Being numb to the pain of losing my dad, wasn’t going to free me from the pain.

I needed to cry, I needed to talk about it, I needed to know that I could recover from this. Thankfully, God gave me the opportunity through Him, a very supportive family, friends and church to begin to establish “a new normal.”

In the following weeks, I would be reminded about all the things that my dad would miss out on—birthdays, Christmas, teaching me to drive, seeing me graduate from high school, eventually seeing me get married and have kids—I heart was so heavy. 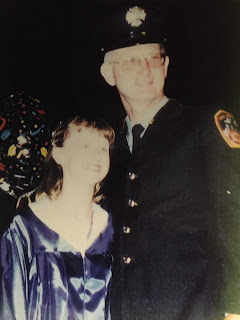 When you’re in the middle of feelings of frustration, anger, sadness, stress and being overwhelmed, it can be so hard to hear hope.

One day flipping through my Bible, I came across Hebrews 13:8, “Jesus Christ is the same yesterday and today and forever.” I realized even though my whole life had changed in a moment, God hadn’t.

The same God who I knew to be faithful, true, loving, and trustworthy on September 10, 2001 was the same God on 9/11/01 and all the weeks following. Even though my whole world had changed, God hadn’t. Though my earthly father may no longer be here, my Heavenly Father could and would be a constant in my life.


Though it has been nearly 18 years since my dad was killed, the words that provided stability to me during a time of chaos, still ring true. I know that in the unexpected job losses, or diagnosis or pregnancies or deaths the consistency of who God is remains the same. God has used the “sorrow that comes in the night” to bring “joy in the morning.” 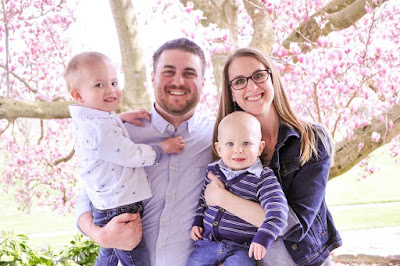 Meghan is a licensed social worker/mental health professional who currently works in a high school setting providing mental health treatment. She lives in Ephrata, PA with her husband (Kyle), two sons (Colton and Wyatt) and is expecting a daughter in October 2019.

Death Grief
The Rock + a Hard Place
This site is a collection of real stories by real people about The Rock in their hard places. It is curated and edited by Kara Ranck, who is a wife and mother of two children living in Pennsylvania. Kara herself has traveled some hard places in life and knows there is hope and power when we tell our personal stories about The Rock, which brings us through. Thank you for joining us here!

S Martin said…
Thanks for sharing Meghan. Your writing allows us to join in the remembrance of very courageous people! I absolutely LOVED the family picture at the end of the article as it truly encapsulates your “joy in the morning.”
September 11, 2019 at 5:01 AM

Unknown said…
Truly wonderful, hopeful words about God's love and the hope He offers. Your Dad was an inspiration to me and a true hero. We all miss him.
Thank you for posting this. You are blessed with a beautiful family and happy to hear a little girl is on the way.
God bless you and your family.
Craig B.
September 11, 2019 at 6:37 AM