How Cancer Gave Me Life

April 3, 2015. This was the day I heard the words, “Unfortunately, your biopsy results indicate you have papillary thyroid carcinoma.” It was Good Friday. I got the call while I was at work, and as I slid my cell phone back into my scrub pocket, I remember thinking “well this changes everything.” The life I had known was suddenly rocked and instead of feeling lots of feelings, the only thing I felt was numb.

There I was, 28 years old, living independently and working full time at one of the best hospitals in New York City and part time at one of the best hospitals across the river in NJ. I had more income than ever, and I was proud and thriving in my career as a critical care nurse. The challenges of my job fueled me, defined me, but were also all consuming. Working 70+ hours a week between the two different hospitals left me with little time for anything including friendships, spiritual growth, time with my family, and self care. However, that was by design as I had chosen to busy myself with my career to distract me from the unhappiness and anxiousness I felt. In my sixth year of living and working in the city, I became restless trying to figure out what the next part of my life was going to look like. I had the career, but it wasn’t satisfying enough. I kept waiting for God to show up and reveal a plan that matched the idea in my head of what my life was supposed to look like by now. I truly believed that if I didn't have time to think or pray, life would just work itself out or eventually something would change my trajectory and point me in the direction I was supposed to be going. So in the meantime, putting everything else aside, I worked—a lot.

And then, I got cancer.

Naturally, it wasn't an immediate realization that maybe getting cancer was the event to dramatically change the course of my life. Instead, I went from feeling restless to angry. I was mad I had to quit my second job in order to take care of myself as I prepared for surgery and recovery. I was angry that cancer meant I would now have to be on medication for the rest of my life and that a cancer history would follow me indefinitely—as would a lovely 8 inch scar across my neck. Again I questioned God, all the while grieving this “normal life” I thought I would have. At a time when I should have been able to rely on my faith in Christ, I couldn’t. I felt as though I was being punished for putting everything in my life ahead of God. I was suffering, but not just from the cancerous cells festering in my thyroid.

Seven and a half weeks after diagnosis day, on May 27, 2015, I had surgery to remove my entire thyroid and several lymph nodes in my neck. From a medical standpoint, I was cancer free. As I physically began to heal, I was still struggling with anger. From where I lay on my couch in the middle of NYC, all I could focus on was how God took away my identity. I physically could not work and that's all I had known for the preceding 8 months. I didn’t know what to do with the sudden idleness in my life. My surgical incision was healing, but my emotional and spiritual health were not.

I woke up one morning in July feeling particularly terrible, ordered breakfast from the diner I lived above, and picked up a book my sister had given to me after being diagnosed entitled, Walking with God Through Pain and Suffering. Shortly into the first chapter regarding suffering, the author, Tim Keller writes “There is a purpose to it, and if faced rightly, it can drive us like a nail deep into the love of God and into more stability and spiritual power than you can imagine.” I read, and re-read that sentence over and over. The realization that maybe my suffering wasn’t for nothing hit me like a ton of bricks. Just maybe, all that I had been through was God actively pursuing me to renew the stale relationship I had with him. That realization however, led to an enormous weight of guilt and sorrow. I was grieved in knowing I had turned my back on God and made choices I knew were sinful. I recognized that if I had a shot of ever feeling peace again, I needed to make things right with the Lord. With a heavy heart, I prayed and repented for all the ways I tried to cut God out of my life. Psalms 32:5,10 reads “I acknowledged my sin to you, and I did not cover my iniquity; I said ‘I will confess my transgressions to the Lord,’ and you forgave the iniquity of my sin. Many are the sorrows of the wicked, but steadfast love surrounds the one with trusts in the Lord.” His forgiveness, grace, and never ending perfect love brought the greatest redemption and peace I will ever know.

God used my cancer journey to get my attention, and to give me life again, in a sense. I thought he had taken away my life—my identity—but I was looking at it wrong all along. You don’t find yourself by seeking yourself, you find yourself by seeking God and being found in him. Yes, having cancer at a young age has forever complicated my life, led to dozens of specialty doctors appointments, continual ultrasounds and blood work, and a future of uncertainty. But when I am sad and frustrated by those hard things, I am reminded that my suffering is meaningful. Just as on Good Friday (the day I found out I had cancer), Jesus’s suffering meant salvation for all those who believe; my suffering on that day gave me a new, redirected life, rooted in Christ. And when you truly experience what it feels like to be in Christ, your entire order of reality is forever changed. You experience God’s steadfast love, his unending grace and redemption, and see blessings instead of curses. I gained peace instead of restlessness and anger—a kind of peace you know can only come from the Lord.

By the end of that summer, with a heart restored, I took a trip to the backwoods of Georgia for my best friend’s wedding reception. It was October 3, exactly six months to the day I was diagnosed with cancer. It was that milestone day and at that reception where I met the most lighthearted southern man, who married me 11 months later. Truly, the Lord’s timing and plan for our lives are far better than any we could ever imagine. 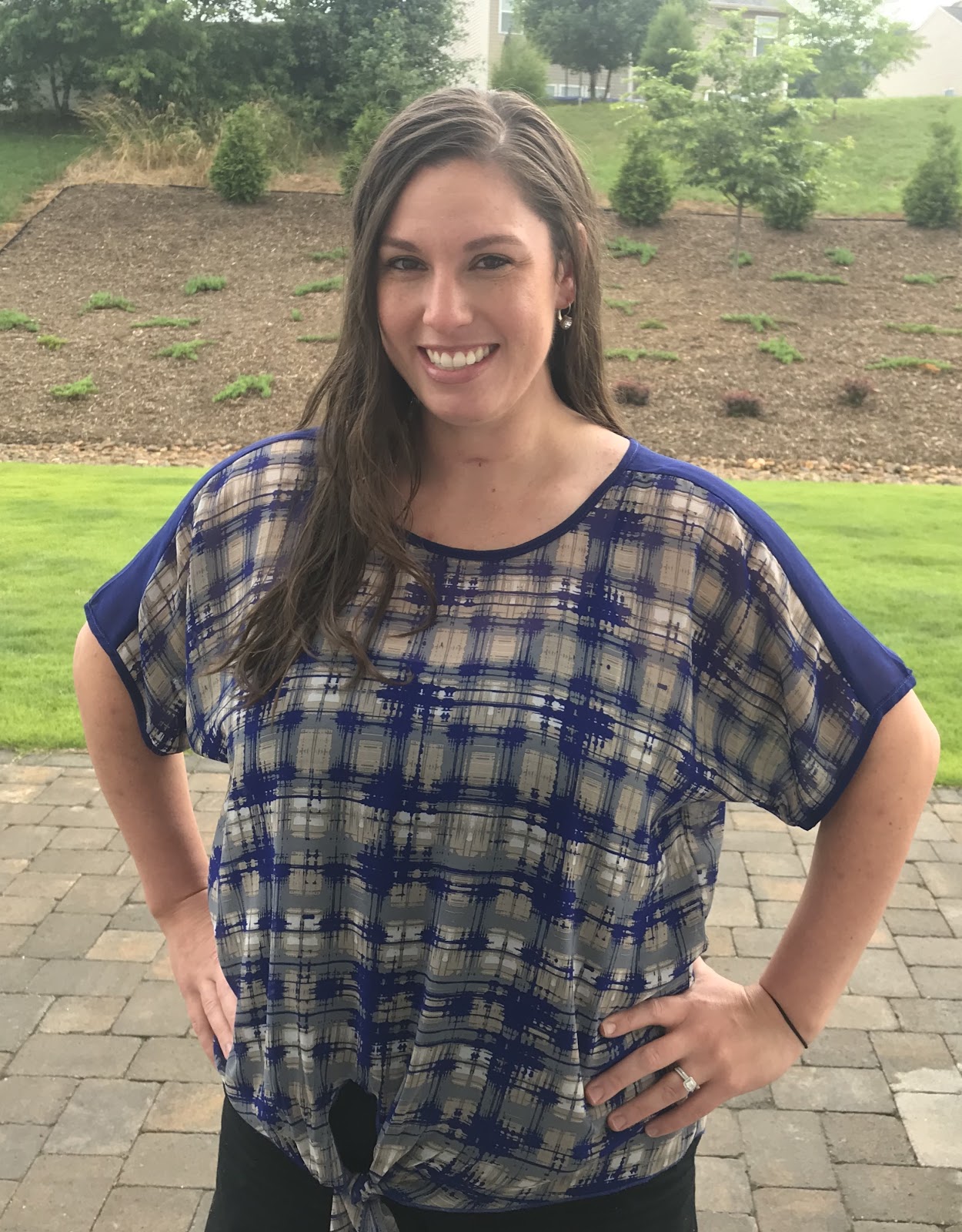 Stacy Duffy is a registered nurse and NJ native currently doing life in Winston-Salem, NC where she lives with her husband, 7 month old twin boys and golden retriever. When not in the laundry room, she loves baking, the beach, wine, a whole lot of coffee and Jesus.

Cancer Chronic Health Condition Health Crisis
The Rock + a Hard Place
This site is a collection of real stories by real people about The Rock in their hard places. It is curated and edited by Kara Ranck, who is a wife and mother of two children living in Pennsylvania. Kara herself has traveled some hard places in life and knows there is hope and power when we tell our personal stories about The Rock, which brings us through. Thank you for joining us here!