A year and half into our marriage, still very much in the honeymoon phase, we were tested on “in sickness and health” to the most extreme. February 28th 2016, I was shot in the neck by a stray bullet while sitting at the kitchen island of my mother’s home.

Immediate chaos filled the room. I laid there in a puddle of my own blood surrounded by many people I love dearly, relying on them to save my life. I laid perfectly still, paralyzed with fear and mumbled to my mother “take me to the hospital.” No one understood what had happened, but somehow with such clarity I was able to tell them “I got shot.” My mother instantly held pressure to my neck wound, while my husband called 911. My two young sisters screamed in absolute terror until another friend in the room ushered them away. Blood began to drip off the counter onto my leg, and time felt as though it froze.

I remember my exact first thought was I’m going to leave my husband a widow at such a young age and with no children. We both loved kids and were so excited to eventually start our own family. My husband is a man of few words, and does not worry easily. But I saw the fear in his face and eyes as he whispered “I love you,” we both knew it might be the last time.

I laid there on the counter and the nurse in me began to assess my possible injuries. I could still talk and answer questions, so I knew my brain and jaw were intact. I remember wiggling my fingers and kicking my feet against the counter because of the pain, this confirmed I wasn’t paralyzed. But I was still fearful my neck was broken, so I still refused to move. My mom offered to move her hands but I told her not to move a muscle.

Eventually the police and paramedics showed up. I was transferred via ambulance to Reading Hospital. It wasn't until I got inside their trauma bay that I breathed a sigh of relief that I might actually survive this. Dozens of hospital personnel swarmed me, running all kinds of tests. We quickly learned my injuries were extreme and beyond their capabilities. I was then air-lifted to the Hospital of the University of Pennsylvania in Philadelphia, one of the best neurosurgery hospitals in the nation. My injuries included a broken neck at the C1 for which I wore a hard neck collar for 6 weeks. But my more critical injuries were the unseen extensive artery damage in my neck. It took the doctors days to decide what to do with me. I remained stable without intervention and I think they were scared to change that. I eventually underwent multiple angiograms where they placed a metal coil in the right artery that was damaged beyond repair. I also received a 3 inch stent in the left artery that had been damaged by the impact. 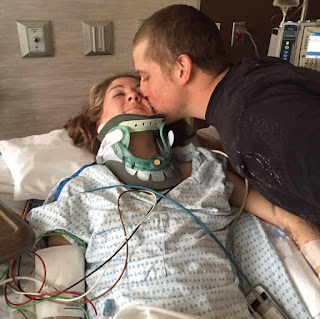 I spent a very drowsy 11 days in the neuro ICU, ridden with pain and headaches that were debilitating. Those days are cloudy to me, but my marriage and relationship with Jesus Christ were not. All those days, I never once felt alone. My husband was so present. Every nap I woke up from he was quietly sitting there watching over me, holding my hand, praying. He never shed a tear in my room, but somehow remained strong and steady in front of me. As my recovery continued the weeks after I went home, I think back about how comforted I felt. I remember thinking I never even felt worried, like I could physically feel the hundreds of prayers being said on my behalf.

So many parts of this story, I know God had his hand in. When I laid on that counter fearing I was bleeding to death, God told me with such clarity that I was shot. He knew my heart, and how important it was for me to understand what was going on. How I remained responsive so I could direct my family in caring for me. When my scheduled angiogram got delayed because of someone else's emergency, it was because of this doctors discovered the serious arterial damage I had on the other side of my neck. When I was unable to rest due to the extreme pain and headaches I experienced, prayer alerts were sent out to hundreds of prayer warriors. When I chose that seat at the island versus my shorter sister, who most certainly would not have survived. 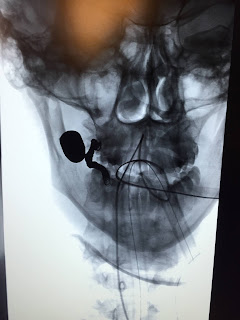 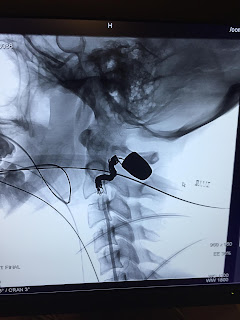 My physical recovery took about 8 weeks until I was able to return to work as a nurse. However, the impact will remain with me for a lifetime. I had to give up some of my favorite hobbies due to the risk to my neck. But God has blessed me with a mental strength where I do not suffer from nightmares, flashbacks, or fear. Don’t get me wrong, I still have my struggles, but I have faith in my future health. In the past, I struggled with anger and bitterness towards God because of different situations that have played out in my life. Many weeks after this event, I remember sharing with my husband how I felt no bitterness, just a strong sense of gratitude. He then told me how he specifically had been praying for me not to feel angry about this, another unknown answered prayer.

Our most recent blessing came to us in June of 2019. After this traumatic accident we feared biological children would no longer be a part of our story. But after months of trying, and trusting in God’s timing our sweet daughter Monroe Ava was born via C-section. Pregnancy will always be a “risk factor” for my health, but we feel blessed beyond measure to have a healthy baby girl. 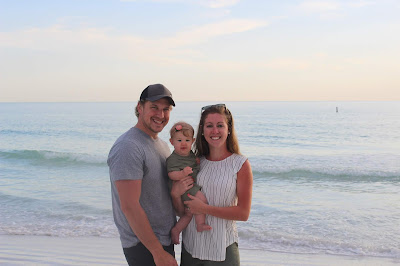 Jamie Horning lives in Denver with her husband and young daughter. They enjoy their dogs and raising lab pups together. She now works part time as a labor and delivery nurse at a local community hospital. She spends her time with family, likes exploring new things, loving on her baby girl, and sharing her heart every chance she gets.
Health Crisis Shooting
The Rock + a Hard Place
This site is a collection of real stories by real people about The Rock in their hard places. It is curated and edited by Kara Ranck, who is a wife and mother of two children living in Pennsylvania. Kara herself has traveled some hard places in life and knows there is hope and power when we tell our personal stories about The Rock, which brings us through. Thank you for joining us here!